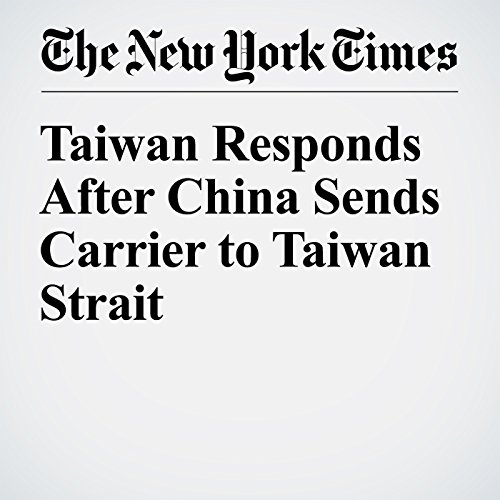 "Taiwan Responds After China Sends Carrier to Taiwan Strait" is from the January 11, 2017 World section of The New York Times. It was written by Michael Forsythe and Chris Buckley and narrated by Fleet Cooper.