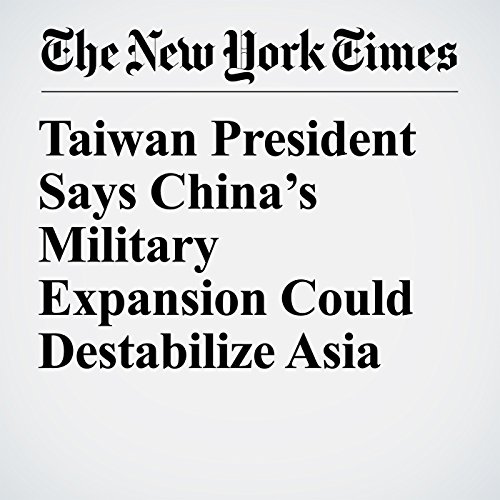 "Taiwan President Says China’s Military Expansion Could Destabilize Asia" is from the December 29, 2017 World section of The New York Times. It was written by Chris Horton and narrated by Archie Montgomery.