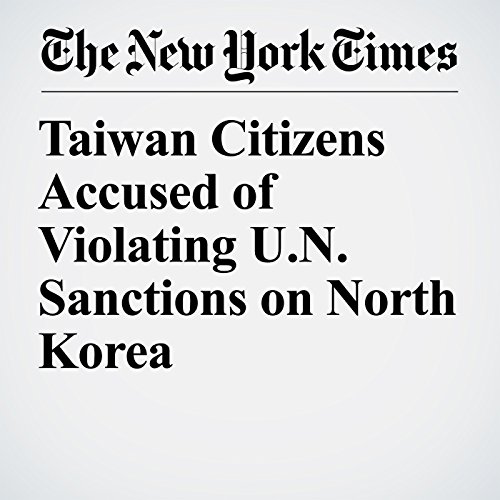 Prosecutors in Taiwan have accused a former judge and his son of violating U.N. sanctions on trade with North Korea, the second such case involving citizens of Taiwan so far this year. Both cases also involve Chinese nationals.

"Taiwan Citizens Accused of Violating U.N. Sanctions on North Korea" is from the January 31, 2018 World section of The New York Times. It was written by Chris Horton and narrated by Keith Sellon-Wright.