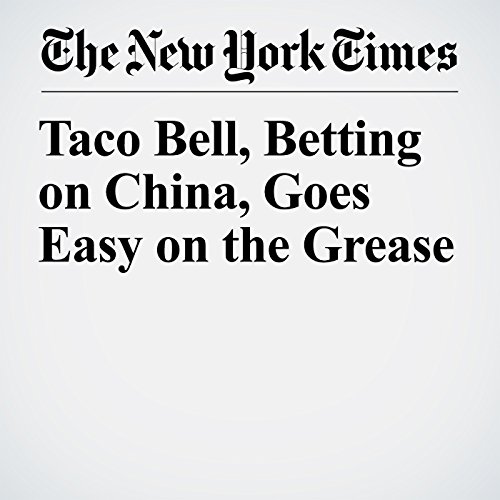 Tacos and burritos are virtually unknown in China, where many diners prize aspirational noshes from Europe, Japan and the United States, and look skeptically at what they see as poorer fare from other developing countries.

"Taco Bell, Betting on China, Goes Easy on the Grease" is from the February 10, 2017 World section of The New York Times. It was written by Sui Lee Wee and narrated by Paul Ryden.