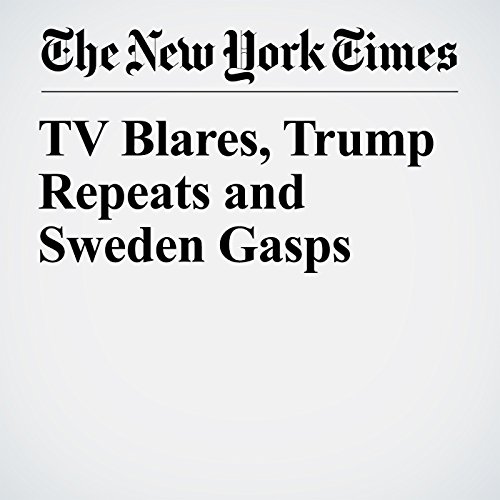 Just like that, without white papers, intelligence reports, an interagency meeting or, presumably, the advice of his secretary of state, the president started a dispute with a longtime American friend that resented his characterization and called it false. The president’s only discernible goal was to make the case domestically for his plans to restrict entry to the United States.

The Swedes were flabbergasted.

"TV Blares, Trump Repeats and Sweden Gasps" is from the February 20, 2017 World section of The New York Times. It was written by Peter Baker and Sewell Chan and narrated by Caroline Miller.