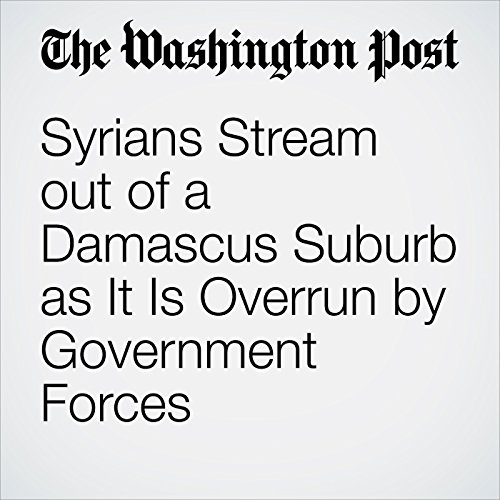 BEIRUT — Thousands of people streamed out of the besieged Damascus suburb of Eastern Ghouta on Thursday as Syrian forces overran another part of the last major rebel stronghold outside the capital.

"Syrians Stream out of a Damascus Suburb as It Is Overrun by Government Forces" is from the March 15, 2018 World section of The Washington Post. It was written by Liz Sly, Louisa Loveluck and narrated by Sam Scholl.