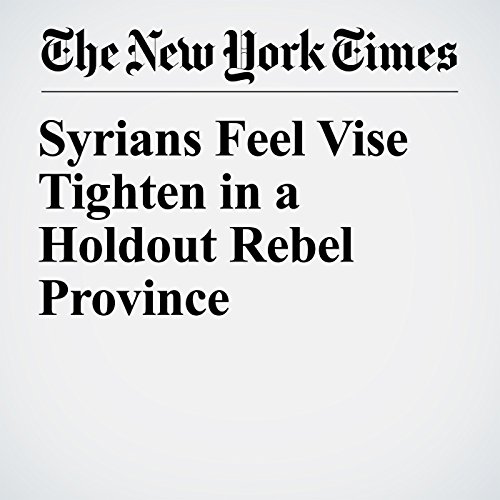 BEIRUT — When pro-government forces retook her hometown from Syrian rebels, Nisrine accepted the same surrender deal the government has offered tens of thousands of Syrians: a one-way bus trip to a place she had never been — the northern, rebel-held province of Idlib.

"Syrians Feel Vise Tighten in a Holdout Rebel Province" is from the March 31, 2018 World section of The New York Times. It was written by Anne Barnard and Hwaida Saad and narrated by Keith Sellon-Wright.