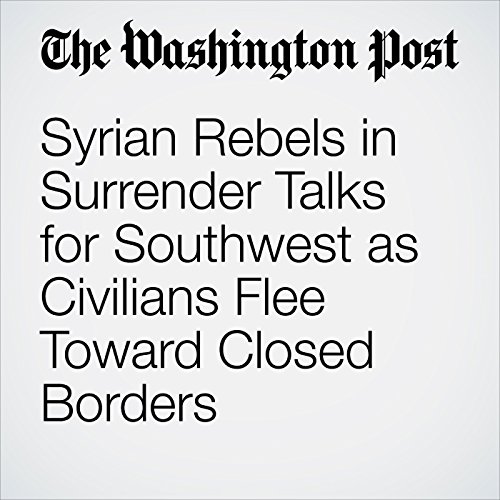 BEIRUT — Syrian rebels said Tuesday that they are taking part in a new round of surrender talks in the country’s southwest after an escalating military campaign displaced more than a quarter of a million people in just two weeks.

"Syrian Rebels in Surrender Talks for Southwest as Civilians Flee Toward Closed Borders" is from the July 03, 2018 World section of The Washington Post. It was written by Louisa Loveluck and narrated by Sam Scholl.