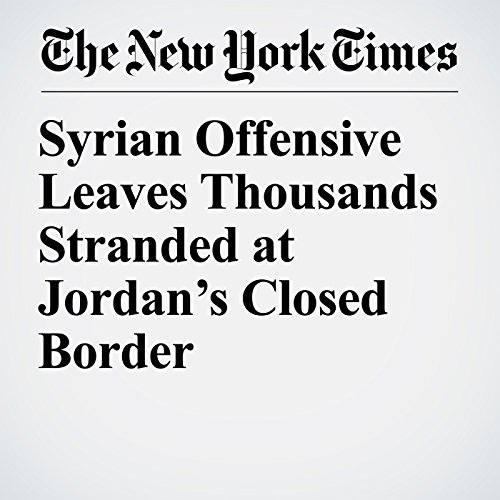 Thousands of families fleeing a Syrian government offensive in the southern city of Daraa were stranded at the Jordanian border Saturday, unable to either return home or escape the violence because passageways to the neighboring country had been sealed.

"Syrian Offensive Leaves Thousands Stranded at Jordan’s Closed Border" is from the June 30, 2018 World section of The New York Times. It was written by Megan Specia and narrated by Kristi Burns.