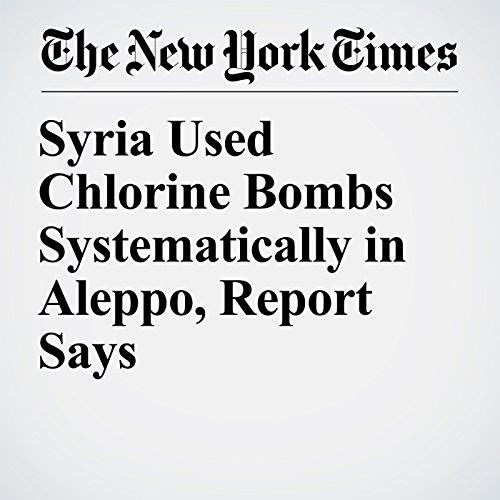 "Syria Used Chlorine Bombs Systematically in Aleppo, Report Says" is from the December 13, 2017 World section of The New York Times. It was written by Rick Gladstone and narrated by Keith Sellon-Wright.