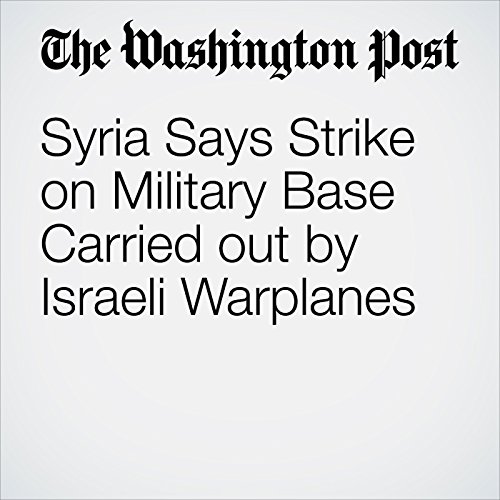 ISTANBUL — A missile strike on an air base in central Syria was carried out by Israeli warplanes early Monday and caused multiple casualties, according to the Syrian and Russian governments, amid fears of a wider confrontation between world powers.

"Syria Says Strike on Military Base Carried out by Israeli Warplanes" is from the April 09, 2018 World section of The Washington Post. It was written by Erin Cunningham and Ruth Eglash and narrated by Sam Scholl.