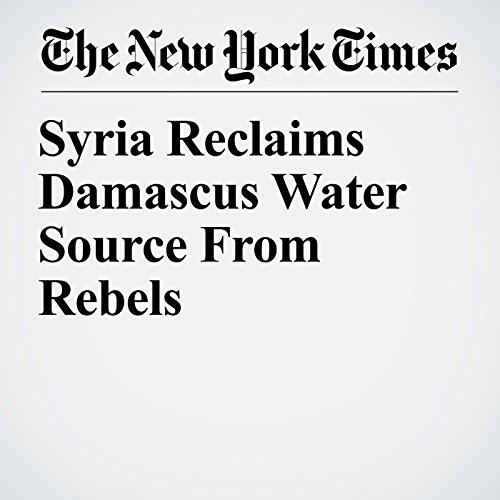 Syrian armed forces appear to have retaken the contested Barada Valley area north of Damascus, the capital’s main source of water, signaling a possible end to a war-induced shortage that has left millions of inhabitants thirsty and dirty for six weeks.

"Syria Reclaims Damascus Water Source From Rebels" is from the January 30, 2017 World section of The New York Times. It was written by Rick Gladstone and narrated by Kristi Burns.