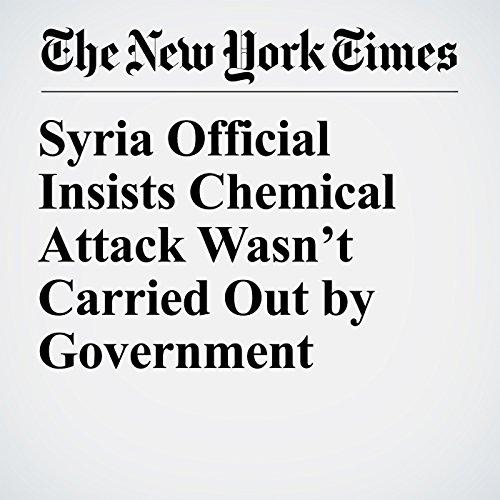 Syria’s foreign minister challenged again Thursday accounts by witnesses, world leaders and experts that his government carried out a chemical attack that killed scores of people in the country’s north this week.

"Syria Official Insists Chemical Attack Wasn’t Carried Out by Government" is from the April 06, 2017 World section of The New York Times. It was written by Anne Barnard and Sewell Chan and narrated by Fleet Cooper.