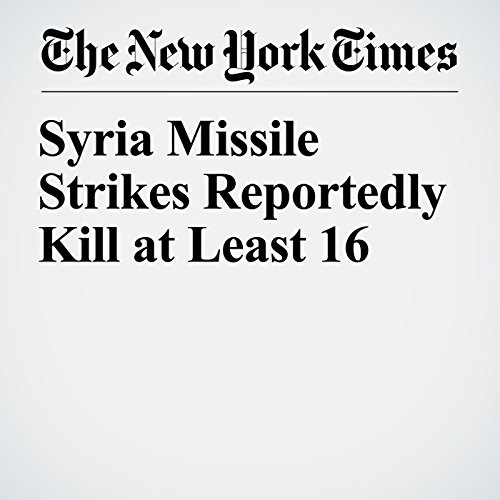 BEIRUT — Missile strikes in Syria hit military bases used by Iran and its proxy militias, causing a blast large enough to shake the ground like a minor earthquake and killing at least 16 people, a conflict monitoring group and one of Iran’s regional allies said Monday.

"Syria Missile Strikes Reportedly Kill at Least 16" is from the April 30, 2018 World section of The New York Times. It was written by Ben Hubbard and narrated by Keith Sellon-Wright.