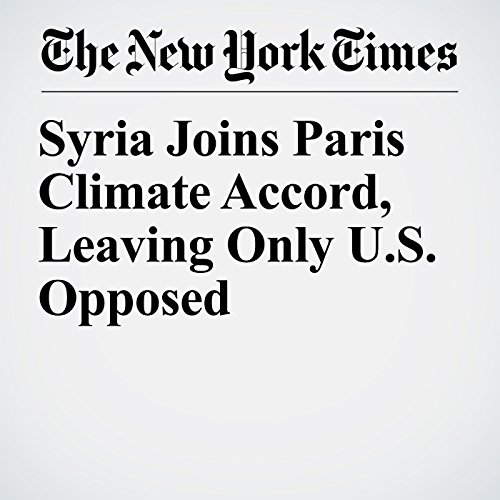 Syria announced during United Nations climate talks Tuesday that it would sign the Paris agreement on climate change. The move, which comes on the heels of Nicaragua signing the accord last month, will leave the United States as the only country that has rejected the global pact.

"Syria Joins Paris Climate Accord, Leaving Only U.S. Opposed" is from the November 07, 2017 Science section of The New York Times. It was written by Lisa Friedman and narrated by Kristi Burns.