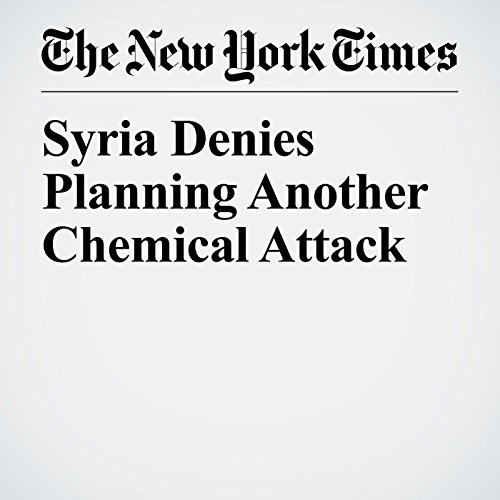 Syrian and Russian officials on Tuesday rejected an accusation from the White House that Syrian forces were preparing to launch a chemical weapons attack, calling the statement a provocation.

"Syria Denies Planning Another Chemical Attack" is from the June 27, 2017 World section of The New York Times. It was written by Ben Hubbard and narrated by Keith Sellon-Wright.