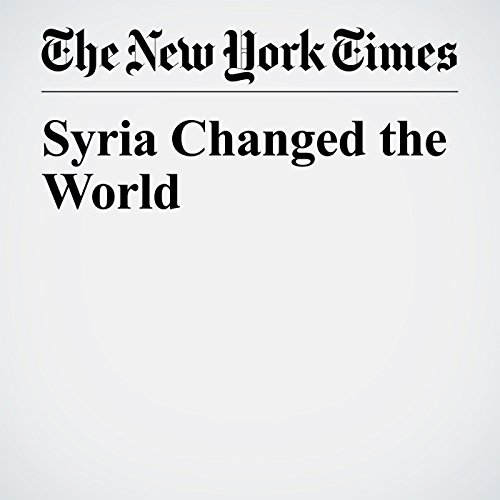 Now in its seventh year, this war allowed to rage for so long, killing 400,000 Syrians and plunging millions more into misery, has sent shock waves around the world. Millions have fled to neighboring countries, some pushing on to Europe.

"Syria Changed the World" is from the April 22, 2017 World section of The New York Times. It was written by Anne Barnard and narrated by Keith Sellon-Wright.