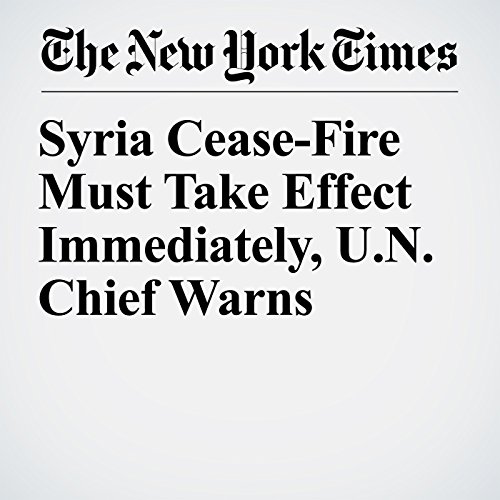 As bombs continued to rain down on the Damascus suburb of eastern Ghouta on Monday, U.N. Secretary-General António Guterres demanded that the Syria cease-fire resolution that the Security Council adopted unanimously over the weekend take effect immediately.