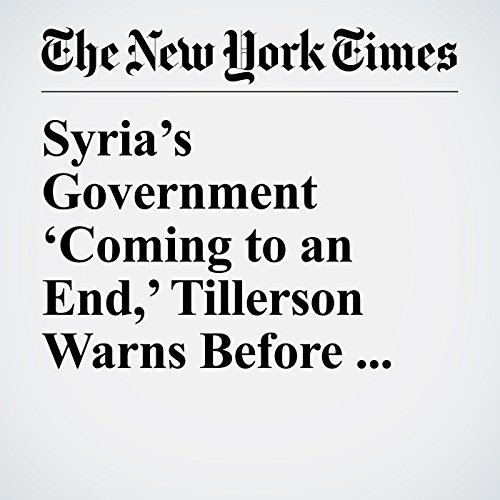 Secretary of State Rex W. Tillerson said Tuesday that the reign of President Bashar Assad of Syria was “coming to an end” and warned that Russia was at risk of becoming irrelevant in the Middle East by continuing to support him.

"Syria’s Government ‘Coming to an End,’ Tillerson Warns Before Russia Trip" is from the April 11, 2017 World section of The New York Times. It was written by Gardiner Harris and narrated by Keith Sellon-Wright.