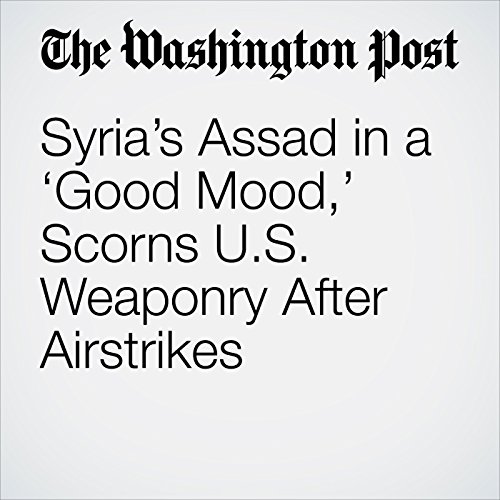 BEIRUT — Syrian President Bashar al-Assad praised Russian weaponry on Sunday as his government celebrated victory over rebels in the town where an alleged chemical attack took place, triggering U.S. airstrikes over the weekend.

"Syria’s Assad in a ‘Good Mood,’ Scorns U.S. Weaponry After Airstrikes" is from the April 15, 2018 World section of The Washington Post. It was written by Liz Sly and narrated by Sam Scholl.