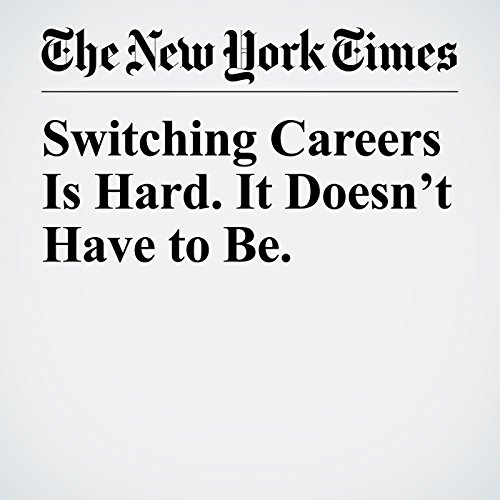 Justin Cornett’s story had been a 21st-century economic nightmare. He worked for 13 years on drilling rigs at a crude oil company near his home in Dorton, Kentucky. Then it halted production, and he was laid off. At 33, with two children and a mortgage, he couldn’t find a stable new job of the kind he had trained for, because all the oil and coal mining companies in the area were shutting down.

"Switching Careers Is Hard. It Doesn’t Have to Be." is from the July 27, 2017 Business section of The New York Times. It was written by Claire Cain Miller and Quoctrung Bui and narrated by Mike DelGaudio.

Cosa pensano gli ascoltatori di Switching Careers Is Hard. It Doesn’t Have to Be.