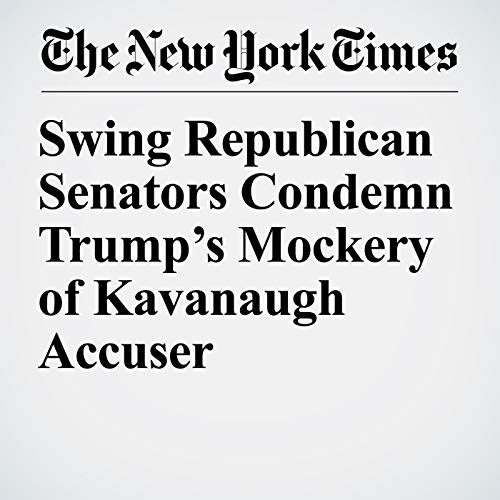 Three influential Republicans, who together could decide the fate of Judge Brett Kavanaugh’s confirmation to the Supreme Court, condemned Wednesday comments by President Donald Trump that mocked one of the women who has accused his nominee of sexual assault.

"Swing Republican Senators Condemn Trump’s Mockery of Kavanaugh Accuser" is from the October 03, 2018 U.S. section of The New York Times. It was written by Nicholas Fandos and Sheryl Gay Stolberg and narrated by Keith Sellon-Wright.