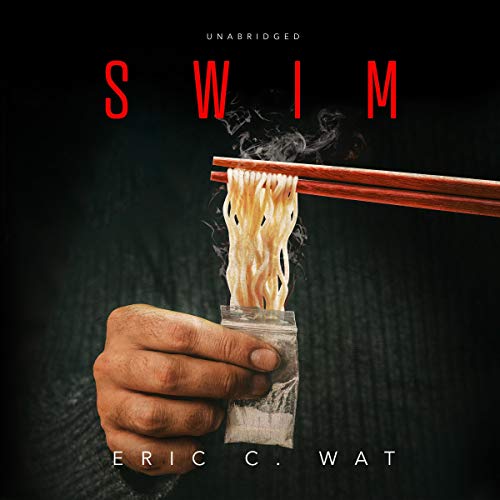 Carson Chow is a high-functioning addict. For years, he's been able to meet the increasing demands from his aging immigrant parents, while hiding his crystal meth use every other weekend. One Friday night, as he's passed out from a drug binge, he misses 38 phone calls from his father, detailing first the collapse and eventually the death of his mother.

Carson has always been close to his mother; he was the only person she confided in when his father had a one-night affair with her younger sister 20 years ago. For the following two weeks, he throws himself into the preparation of his mother's funeral, juggling between temptations and obligations. Sometimes slipping into relapse, his efforts are thwarted by a stoic father who is impractical and unable to take care of himself, a grandmother suffering dementia, a sister with a failing marriage, and a young niece with unknown trauma that can be triggered by the sound of running water.

He tries to find support from his ex, Jeremy. Now clean and sober, Jeremy rebuffs him. As Carson assumes his mother's caregiving role, her secret resurfaces and now haunts him alone. Will this tragedy plunge him deeper into his abuse or finally rouse him from his addiction stupor?

The book takes place across the span of a weeks. You find out the main character is gay, a drug addict, his mom dies, he’s constipated, he loses his job and decides to go to rehab. That’s the whole book, I just saved you 9+ hours of your life. The narrator was great the story was dreadful.

So, I started this thinking it would be a melatonin substitute . I was wrong . It’s very intensely written and there is a lot of depth into a family that most people don’t know , Chinese .
Here’s the coincidental , at least to me . I lived as a child in Monterey Park (1835 Hollyoak Dr. ). I went to St Stephens school and church . When I was a child the only Asians on our block , neighborhood even , were Japanese Americans . We moved from there to Abajo Dr in late 1968. I had lived there since I was 2. Then , we moved to Taiwan . Not a Cantonese enclave by any means but I learned the language(mandarin and minan) and was immersed in the culture .
Apologies if this strayed from a review of sorts but it was a meaningful read for me . Anyone can relate to family dynamics , even dysfunctional aspects . If you can’t relate to the disease of addiction this isn’t a bad insight to that nightmare as well .

SWIM is a fantastic debut novel from Wat. It’s a frank and honest look at the nuances of family life, as well as a very authentic look at addiction. The narrator is fantastic too! His grasp of the voice of each character is truly incredible. But, my favorite aspect of this book is his true-to-life depiction of life in the San Gabriel Valley section of Los Angeles. Wat captures San Gabriel Valley the same way Michael Connelly is able to capture the “real” Los Angeles/Hollywood in his Harry Bosch books. I’m looking forward to future books from this new, upcoming author.

I normally do not give full book reviews, and must admit even 4-5⭐️ books have not held my attention. This was refreshing with a jarring look into addiction, obligatory family ties, romantic relationships, career and even peeking into another culture was something I have not experienced in a book in a long time…Highly recommend.

The story was heartfelt as well as very life like. The family is a normal family with real life issues such as death, drug abuse and cheating. Love the author and the audiobook actor!

Swim by Eric C. Wat caught me by surprise. I chose to listen to this book because an app recommended it to me, it had an interesting synopsis, I liked the cover art, and it was short. Then I heard the opening sequence which is explicit, gay sex. I was exasperated and sad. Why did the app recommend this book to me? However, the characters lived in places that I knew, and their culture and family were interesting to me, and so I kept reading.

I am torn about this because it is an excellent book that only got better as it went along and I would love for it to reach a much broader audience.

On the other hand, I am also very supportive of diversity in books and I understand the importance of amplifying many voices and their stories. It is also very important for more people to learn about addiction as it actually occurs in real life. Many addicts like the one in the book are highly functioning, especially in their careers.

The dichotomy between the main character’s life on his own and his life within his multigenerational family is the heart of the book and provides its richness and challenge.

The narration performance by Feodor Chin is excellent. His command of his voice and his ability to portray each of the characters strengthens and enhances the impact of the story.

Ultimately, I was glad I chose to listen to this book, because warts and all, it was a very humane story about the many forms of love and ultimately respect.

I’m not gonna rant on and on here, I’m just going to say this needs to be labeled under lgbt

The story was slow and drawn out. The descriptions were longer than necessary and sometimes hard to follow. Was really hard to push through it.

not what I expected

left me looking for conclusions we dont get... so many untied loose ends but overall a nice read. Glad it was free.

This was an interesting listen

Not my usual listen but, I decided to take a chance since it's included with the membership. There was something really raw about this. No fairytale ending just really realistic but also kind of hopeful? Definitely worth a listen. It didn't leave me depressed like these stories tend to and I listened all in one go which means the flow is good and the story didn't drag. Give it a chance but not if you're triggered by self destructive behaviour and substance abuse.