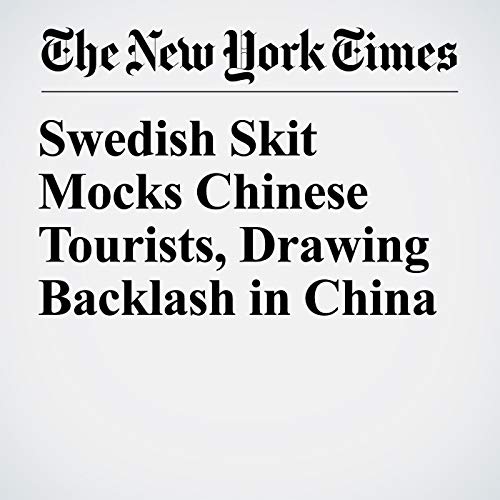 HONG KONG — Tension between China and Sweden over the treatment of a group of tourists in Stockholm has escalated after a satirical skit depicted Chinese travelers as people who eat dogs and need to be told not to defecate in public.

"Swedish Skit Mocks Chinese Tourists, Drawing Backlash in China" is from the September 26, 2018 World section of The New York Times. It was written by Austin Ramzy and narrated by Kristi Burns.