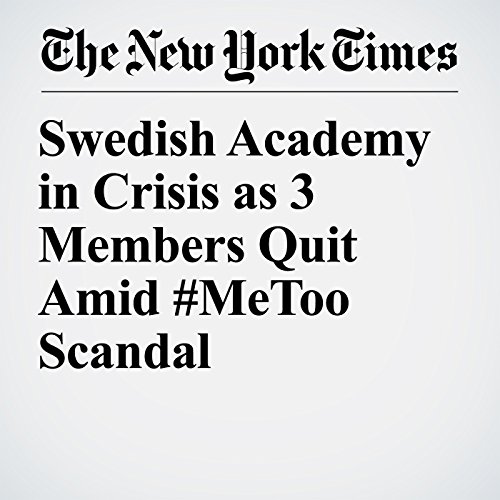 STOCKHOLM — The Swedish Academy, which awards the Nobel Prize in literature, was hit this past week by one of its worst crises in decades after three members walked out and a fourth threatened to quit in the wake of abuse accusations against a cultural figure with close ties to the institution.

"Swedish Academy in Crisis as 3 Members Quit Amid #MeToo Scandal" is from the April 07, 2018 World section of The New York Times. It was written by Christina Anderson and narrated by Keith Sellon-Wright.