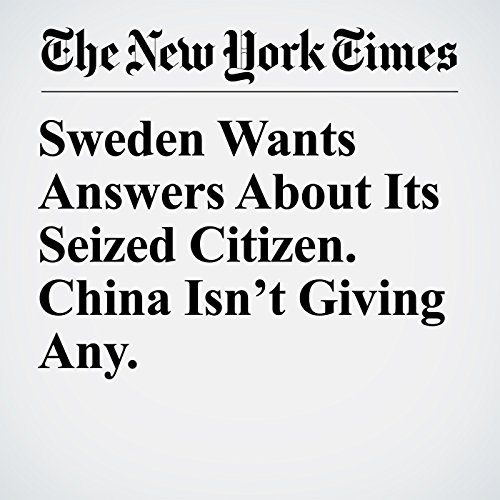 China on Tuesday publicly rebuffed demands by Sweden for information on the fate of a Swedish citizen who was snatched off a train in China by plainclothes officers despite being under the protection of Swedish diplomats.

"Sweden Wants Answers About Its Seized Citizen. China Isn’t Giving Any." is from the January 23, 2018 World section of The New York Times. It was written by Chris Buckley and Christina Anderson and narrated by Keith Sellon-Wright.