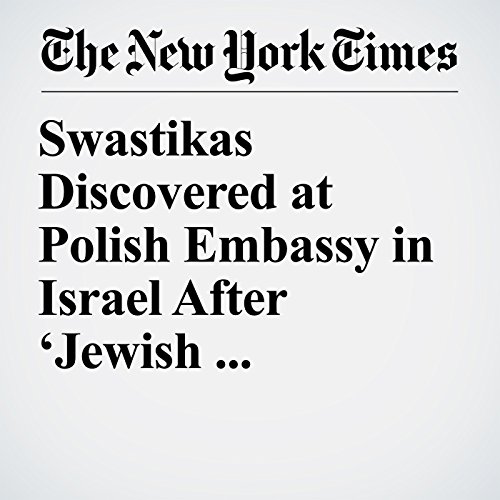 Swastikas and obscenities were found drawn around the entrance to the Polish Embassy in Israel on Sunday, one day after Poland’s prime minister made comments suggesting there were “Jewish perpetrators” of atrocities during World War II.

"Swastikas Discovered at Polish Embassy in Israel After ‘Jewish Perpetrators’ Comment" is from the February 18, 2018 World section of The New York Times. It was written by Jacey Fortin and narrated by Kristi Burns.