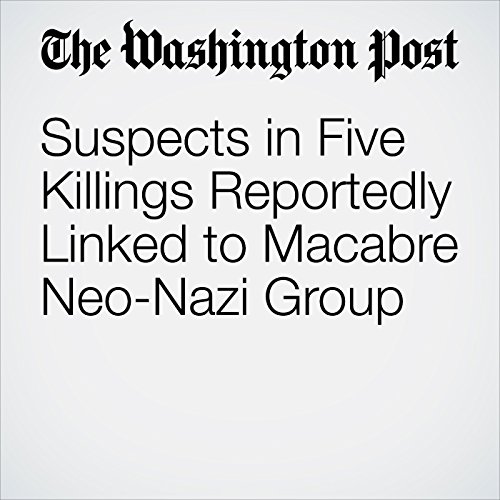 Earlier this month, when the body of California college student Blaze Bernstein was pulled from the loose dirt of a public park in the Orange County foothills, questions swirled about a motive. He was stabbed 20 times.

"Suspects in Five Killings Reportedly Linked to Macabre Neo-Nazi Group" is from the January 29, 2018 National section of The Washington Post. It was written by Kyle Swenson and narrated by Sam Scholl.