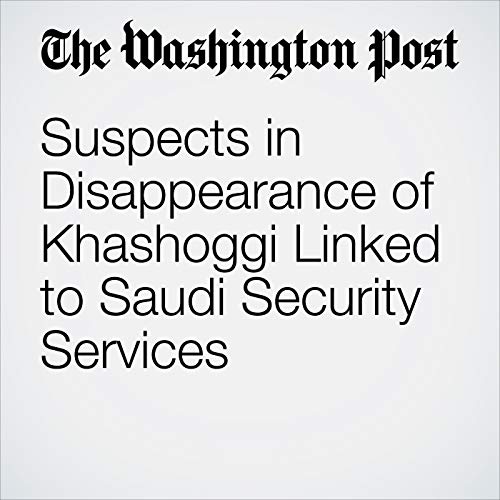 Three days before Saudi Crown Prince Mohammed bin Salman arrived in the United States earlier this year for a nationwide tour, another Saudi traveler who identifies online as a member of the Saudi Royal Guard also arrived in Washington, passport records show. His stay overlapped with that of the prince.

"Suspects in Disappearance of Khashoggi Linked to Saudi Security Services" is from the October 16, 2018 World section of The Washington Post. It was written by Shane Harris, Erin Cunningham ,Aaron C. Davis and Tamer El-Ghobashy and narrated by Sam Scholl.