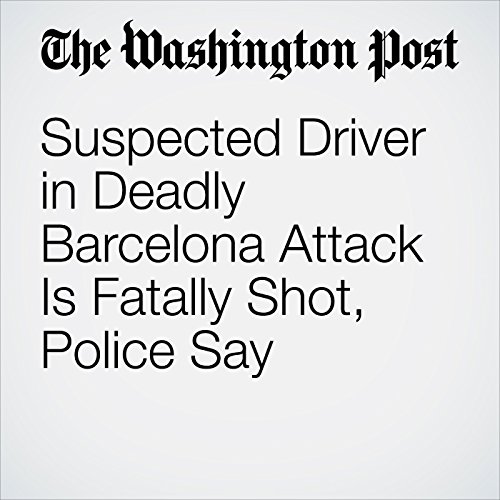 The Moroccan-born man who authorities say was the driver of the van that plowed down pedestrians in a crowded tourist zone in Barcelona last week was shot dead by Spanish police Monday afternoon.

"Suspected Driver in Deadly Barcelona Attack Is Fatally Shot, Police Say" is from the August 21, 2017 Europe section of The Washington Post. It was written by William Booth and James McAuley and narrated by Sam Scholl.