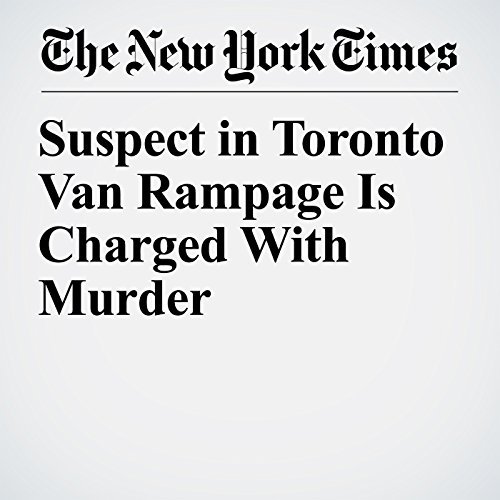 TORONTO — The 25-year-old driver of the van that careened down a busy Toronto street in a deadly rampage was charged with 10 counts of first-degree murder Tuesday and 13 counts of attempted murder.

"Suspect in Toronto Van Rampage Is Charged With Murder" is from the April 24, 2018 World section of The New York Times. It was written by Ian Austen and Dan Bilefsky and narrated by Keith Sellon-Wright.