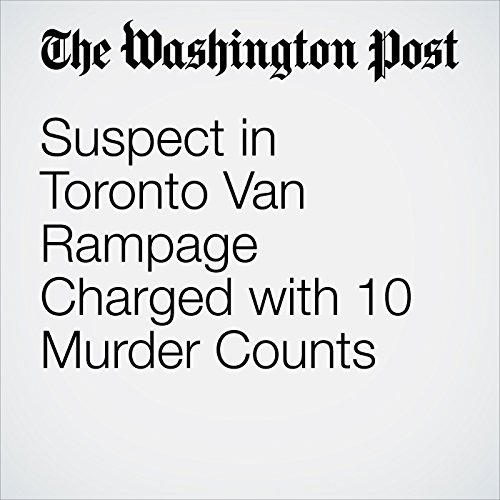 A 25-year-old suspect accused of mowing down pedestrians with a van in a busy Toronto shopping district was ordered held Tuesday on 10 counts of first-degree murder — one for each of the victims in an attack whose motives remain unclear.

"Suspect in Toronto Van Rampage Charged with 10 Murder Counts" is from the April 24, 2018 World section of The Washington Post. It was written by Amanda Coletta and narrated by Sam Scholl.