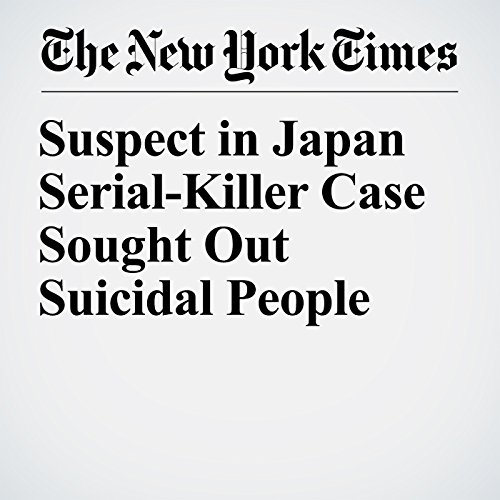 Over the summer, the man told his father that his life had no meaning. Then he went looking for others who felt the same way, and apparently killed them.

"Suspect in Japan Serial-Killer Case Sought Out Suicidal People" is from the November 01, 2017 World section of The New York Times. It was written by Motoko Rich and narrated by Kristi Burns.