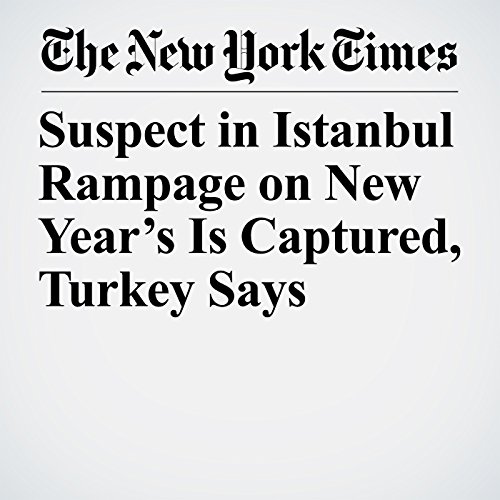 Police in Turkey have arrested the man accused of carrying out a deadly attack on an Istanbul nightclub early on New Year’s Day, killing 39 people, including a police officer and 25 foreigners, according to the semiofficial Anadolu news agency as well as Turkish news reports.

"Suspect in Istanbul Rampage on New Year’s Is Captured, Turkey Says" is from the January 16, 2017 World section of The New York Times. It was written by Rod Nordland and narrated by Kristi Burns.