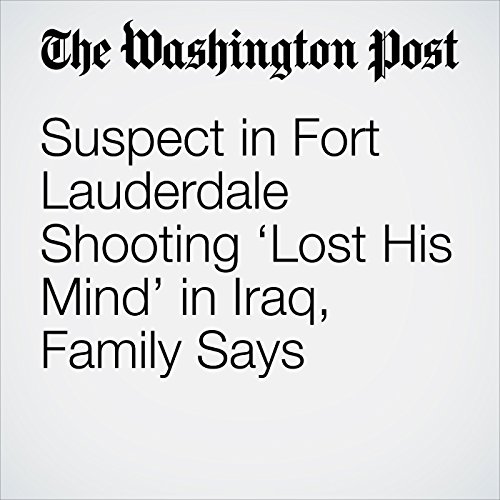 His aunt told the newspaper he was hospitalized after returning from Iraq. “He lost his mind,” Ruiz Rivera said in Spanish.

He had seemed to get the help he needed, and became a father in September, she told Noticias Telemundo. But his mental health issues resurfaced in December. “They took him to the hospital but they didn’t tell me what for but they had him in an isolated room because he was a little wrong in the head and he started to like hear things,” she said.

"Suspect in Fort Lauderdale Shooting ‘Lost His Mind’ in Iraq, Family Says" is from the January 07, 2017 National section of The Washington Post. It was written by Mark Berman, William Wan, Sari Horwitz and Cleve R. Wootson Jr. and narrated by Jill Melancon.