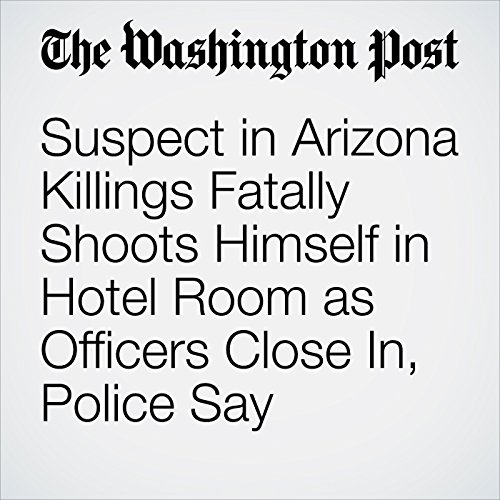 A man suspected in a string of killings in the Phoenix suburb of Scottsdale, Ariz., fatally shot himself as police closed in Monday, ending a days-long manhunt that has left many in the legal and mental health communities on edge.

"Suspect in Arizona Killings Fatally Shoots Himself in Hotel Room as Officers Close In, Police Say" is from the June 04, 2018 National section of The Washington Post. It was written by Kristine Phillips and narrated by Sam Scholl.