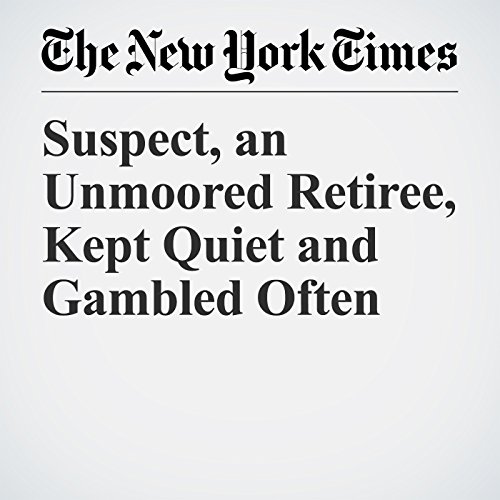 He was a high-stakes gambler recognized in the casinos of Nevada. He dabbled in real estate investments in Texas. His last known full-time employment was 30 years ago. He was twice divorced. He had a pilot’s license and had owned two single-engine planes.

"Suspect, an Unmoored Retiree, Kept Quiet and Gambled Often" is from the October 02, 2017 U.S. section of The New York Times. It was written by Jose A. Delreal and Jonah Engel Bromwich and narrated by Keith Sellon-Wright.