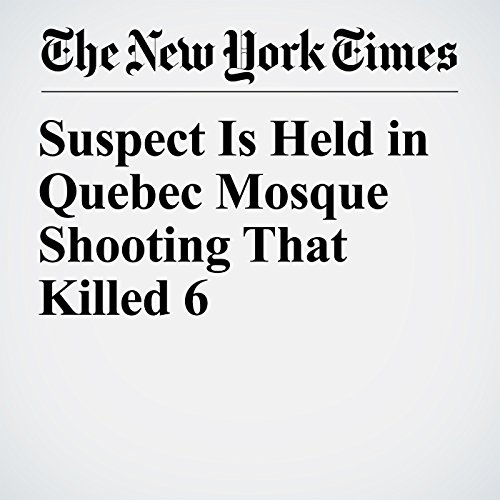 A man was in custody Monday after a mass shooting in a mosque in Quebec City that killed six men and wounded eight others, Canadian officials said. Prime Minister Justin Trudeau called the episode a “terrorist attack on Muslims.”

"Suspect Is Held in Quebec Mosque Shooting That Killed 6" is from the January 30, 2017 World section of The New York Times. It was written by Ian Austen and Craig S. Smith and narrated by Keith Sellon-Wright.