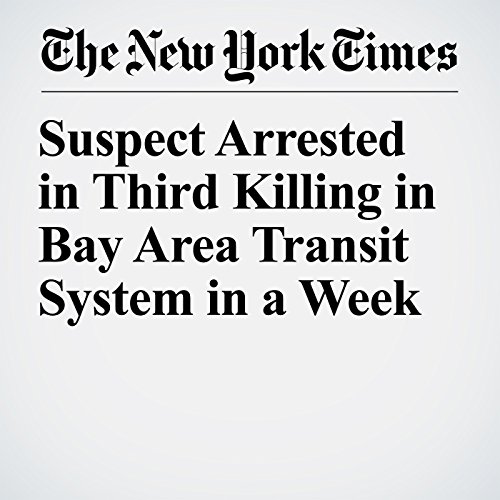 Authorities in California said Monday night that they had captured a man suspected of fatally stabbing a young woman and wounding her sister at an Oakland transit station over the weekend, the latest of three unrelated homicides at Bay Area transit stations in less than a week.

"Suspect Arrested in Third Killing in Bay Area Transit System in a Week" is from the July 24, 2018 U.S. section of The New York Times. It was written by Matt Stevens and Sandra E. Garcia and narrated by Keith Sellon-Wright.