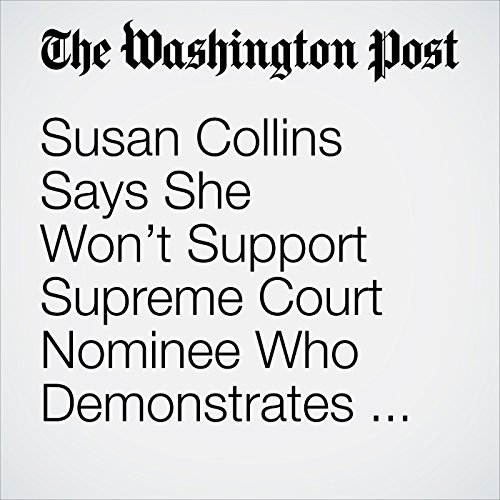 Sen. Susan Collins (R-Maine), a key swing vote on President Trump's next Supreme Court pick, said Sunday she would not vote for any judge who wanted to end access to abortion in the United States by overturning Roe v. Wade.

"Susan Collins Says She Won’t Support Supreme Court Nominee Who Demonstrates ‘Hostility to Roe v. Wade’" is from the July 01, 2018 Politics section of The Washington Post. It was written by Heather Long and narrated by Sam Scholl.