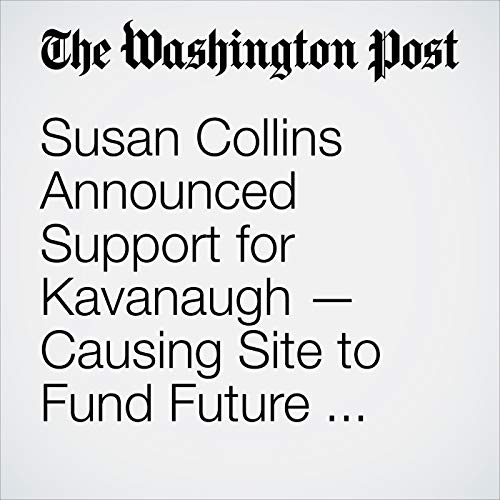 A crowdfunding site where activists have been raising money to defeat Sen. Susan Collins in 2020 was inundated with pledges Friday afternoon, after the Maine Republican announced she would support Judge Brett M. Kavanaugh’s nomination to the Supreme Court.

"Susan Collins Announced Support for Kavanaugh — Causing Site to Fund Future Opponent to Crash" is from the October 07, 2018 Politics section of The Washington Post. It was written by Kristine Phillips and Eli Rosenberg and narrated by Sam Scholl.