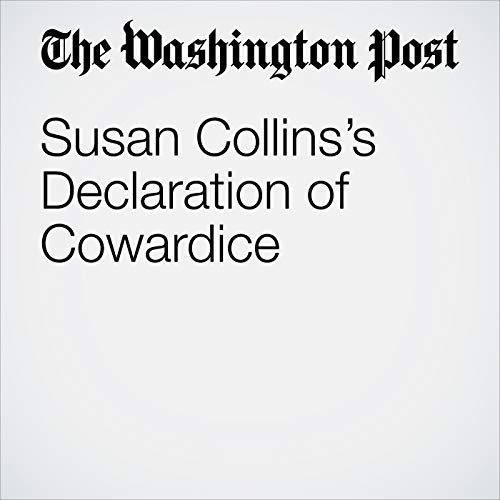 After Sen. Susan Collins announced on the Senate floor Friday that she would cast her deciding vote to confirm Brett M. Kavanaugh, Senate Majority Leader Mitch McConnell (Ky.) rose to liken her to another Republican from Maine, Margaret Chase Smith, “the first member of the United States Senate to take on Joseph McCarthy . . . this demagogue and the tactics that he employed.”

"Susan Collins’s Declaration of Cowardice" is from the October 06, 2018 Opinion section of The Washington Post. It was written by Dana Milbank and narrated by Sam Scholl.