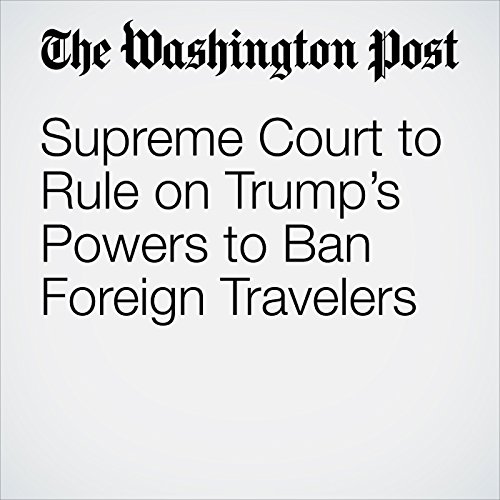 The Supreme Court on Friday said it will review whether President Trump has the authority to ban travelers from certain countries in the name of national security, and will rule by June in what will be a major examination of the president’s powers.

"Supreme Court to Rule on Trump’s Powers to Ban Foreign Travelers" is from the January 19, 2018 Politics section of The Washington Post. It was written by Robert Barnes and narrated by Jenny Hoops.