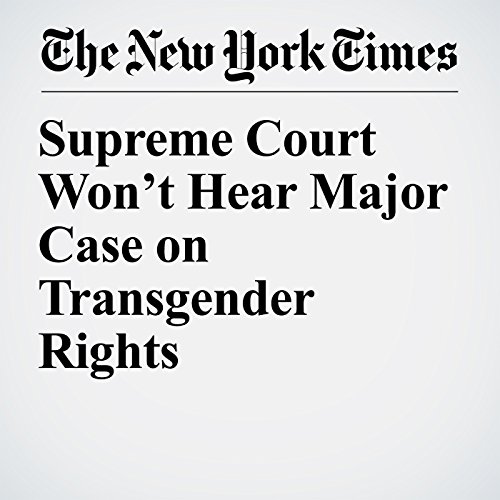 The Supreme Court announced Monday that it would not hear a major case on transgender rights after all, acting after the Trump administration changed the federal government’s position on whether public schools must allow transgender youths to use bathrooms that match their gender identities.

"Supreme Court Won’t Hear Major Case on Transgender Rights" is from the March 06, 2017 U.S. section of The New York Times. It was written by Adam Liptak and narrated by Keith Sellon-Wright.