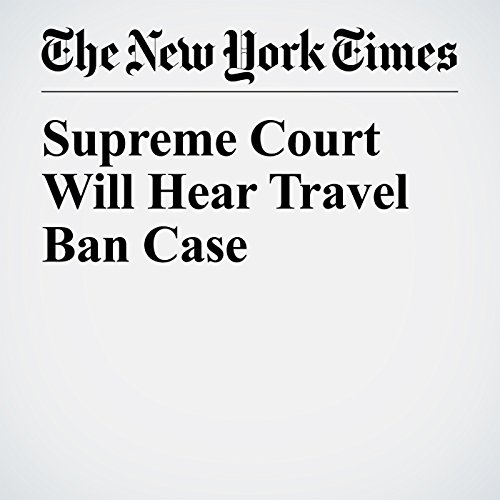 The Supreme Court announced Monday that it would decide whether President Donald Trump’s revised travel ban was lawful, setting the stage for a major decision on the scope of presidential power.

"Supreme Court Will Hear Travel Ban Case" is from the June 26, 2017 U.S. section of The New York Times. It was written by Adam Liptak and narrated by Keith Sellon-Wright.