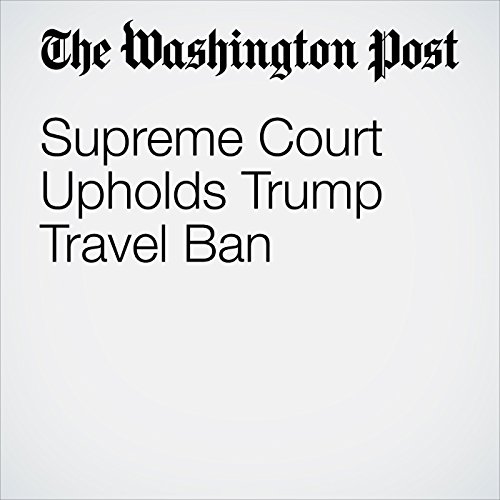 The Supreme Court ruled Tuesday that President Trump has the authority to ban travelers from certain majority-Muslim countries if he thinks it is necessary to protect the United States, a victory in what has been a priority since Trump’s first weeks in office and a major affirmation of presidential power.The vote was 5 to 4, with conservatives in the majority and Chief Justice John G. Roberts Jr. writing the opinion.

"Supreme Court Upholds Trump Travel Ban" is from the June 26, 2018 Politics section of The Washington Post. It was written by Robert Barnes and Ann E. Marimow and narrated by Sam Scholl.