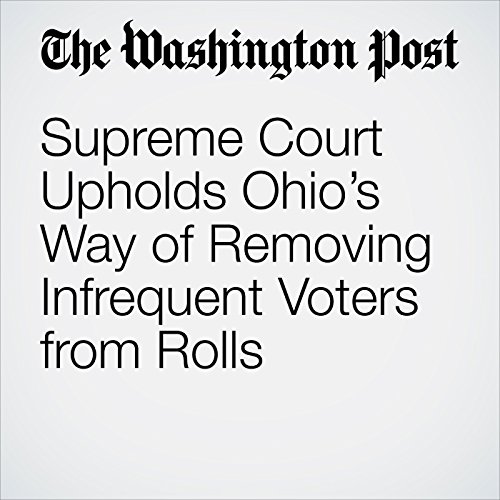 Conservatives on the Supreme Court on Monday upheld Ohio’s method of purging voters from the rolls after they miss elections, a move that challengers of the law said would disproportionately remove poor and minority voters.

"Supreme Court Upholds Ohio’s Way of Removing Infrequent Voters from Rolls" is from the June 11, 2018 Politics section of The Washington Post. It was written by Robert Barnes and narrated by Sam Scholl.