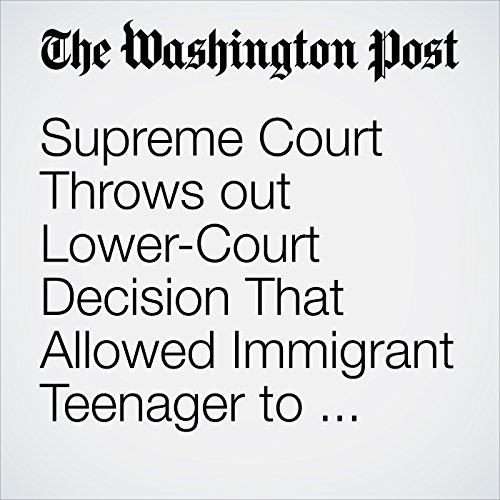 The Supreme Court on Monday dismissed a lower court’s decision that allowed an undocumented immigrant teenager to obtain an abortion over the protests of the Trump administration.

"Supreme Court Throws out Lower-Court Decision That Allowed Immigrant Teenager to Obtain Abortion" is from the June 04, 2018 National section of The Washington Post. It was written by Robert Barnes and Ann E. Marimow and narrated by Sam Scholl.