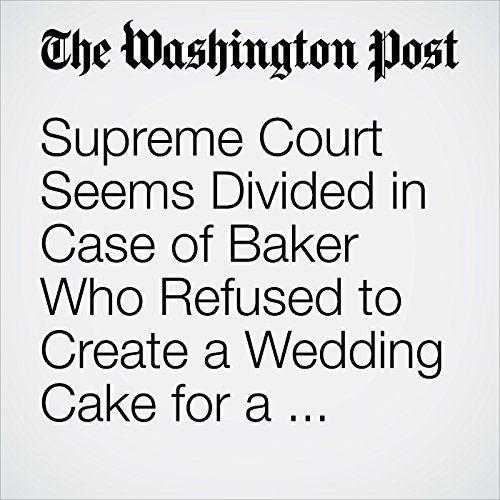 The Supreme Court seemed closely divided Tuesday over whether the First Amendment protects a Colorado baker from creating a wedding cake for a same-sex couple, with Justice Anthony M. Kennedy likely to cast the deciding vote.

"Supreme Court Seems Divided in Case of Baker Who Refused to Create a Wedding Cake for a Same-Sex Couple" is from the December 05, 2017 National section of The Washington Post. It was written by Robert Barnes and Ann E. Marimow and narrated by Sam Scholl.