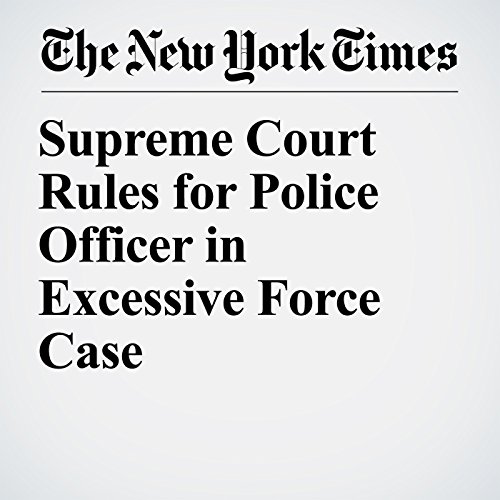 The Supreme Court on Monday ruled for an Arizona police officer who shot a woman outside her home in Tucson. The court’s decision was unsigned and issued without full briefing and oral argument, an indication that the majority found the case to be easy.

"Supreme Court Rules for Police Officer in Excessive Force Case" is from the April 02, 2018 U.S. section of The New York Times. It was written by Adam Liptak and narrated by Kristi Burns.